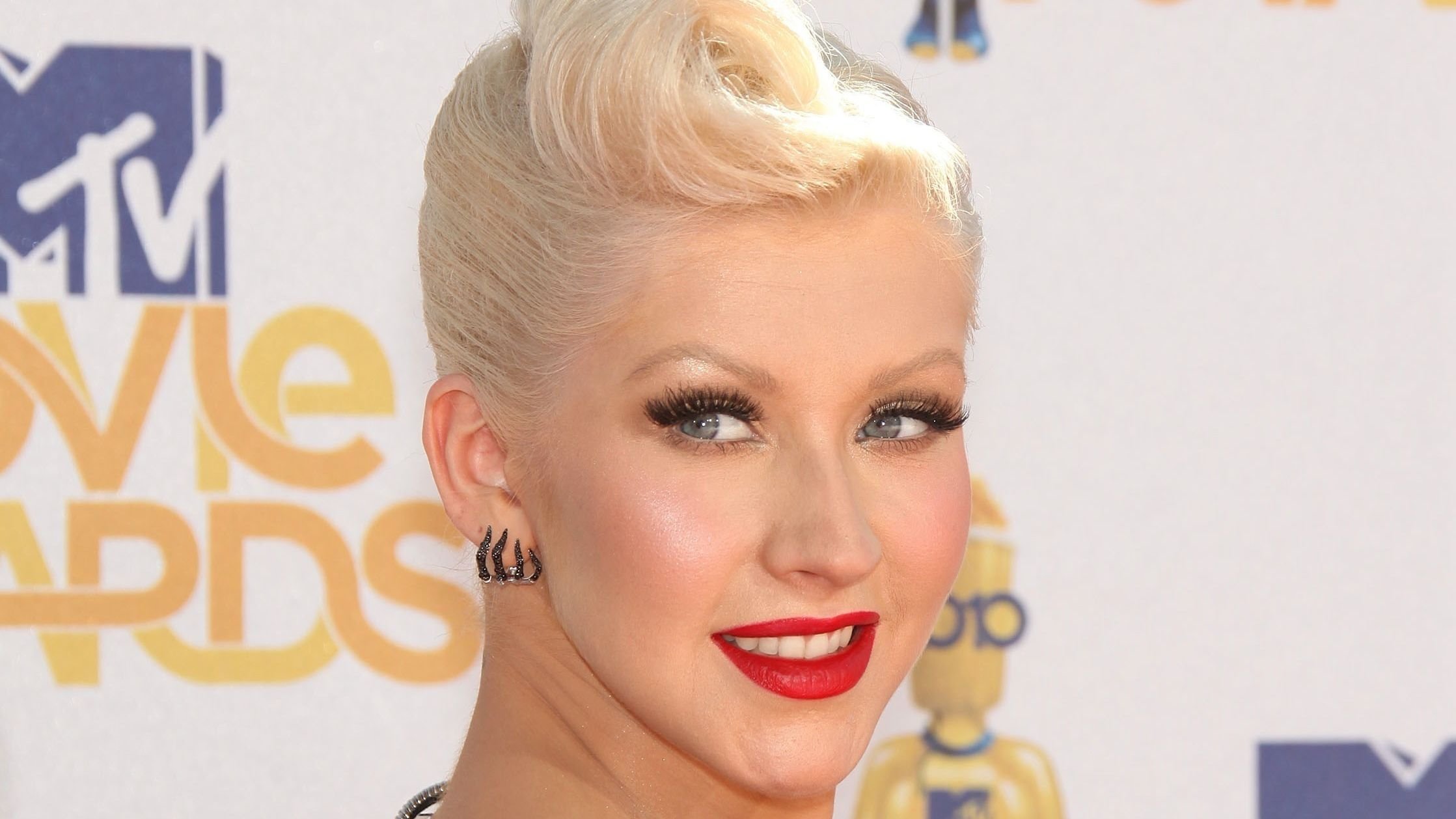 Christina Aguilera didn't come to play at the 23rd Latin Grammy awards, as all of her outfits for the event turned the heads of guests and fans. Apart from stunning onlookers with her arrival on the red carpet, Christina put a lot of effort into her music career this year, so she deserves all the accolades she's receiving now. However, out of the three spectacular fits she donned, she looked particularly stunning in this plunging number.

Swipe to have a look.

In the full-body suit with a plunging neckline and diamond embellishments, Aguilera looked stunning as she rocked the stage. A matching latex headscarf and extra jewelry around her neck completed the outfit's accessories. As for her makeup, she kept her look slightly subtle due to her on-stage performance, but didn't miss a beat with her striking lashes and lined lips.

Making A Statement In That Dress

For the Grammys, the talented vocalist slipped into a Zac Posen dress in purple. Fitted sleeves, a plunging neckline, and a dramatic ruffled collar were all prominent features of the striking garment. The outfit also included a sculpted train and a modest skirt.

The Genie in a Bottle hitmaker added sharp metallic nails, colossal diamond rings, and hanging diamond earrings to emphasize her appearance. Aguilera opted for glam with glossy lips and dazzling purple makeup. She let a few strands of hair frame her face and pulled it back with a pin.

With seven nods, the formidable diva was one of the evening's most nominated performers, including Album of the Year for her album Aguilera, which is her first Latin album in more than 20 years.

Being there for the inaugural Latin Grammy Awards ceremony in 2000, Aguilera has previously expressed how important the awards are to her. The singer took home the Best Traditional Pop Vocal Album trophy, which she accepted live on stage while wearing her stunning black ruffled gown from the second night. For her album Mi Reflejo, she won the Pop Vocal Album prize the following year.

Not only does Christina Aguilera have vocal cords for days, but she also has fans gushing as she supports her community.

On September 29 in Miami, Florida, the singer and former The Voice coach received the Spirit of Hope Award during the live broadcast of the 2022 Billboard Latin Music Awards.